A Little Bit Extra on the Side...

So.... you have booked your band or DJ for your event, but you want something a bit different, something that you will be remembered by, something that will make your event stand out from all the others - well how about you try one of these on for size.....

Bravo Darling provides a unique and extensive range of roving acts for corporate events. Their costumes are spectacular, performers simply stunning and they are here to make your clients event or party something that is out of this world.

Cheeky, sexy and fun living table acts (Bravo Darling tray artistes) are a novel way of distributing canapés and drinks. Stilt walking swans, peacocks and flamingos can bring your functions to life, offering a style of entertainment that is unique, classy, fabulous and simply unforgettable

Have one or moreof our Champaagne Pouring Aerial artists hang from your ceiling and serve your guests - that will be a glass of champagne they will NEVER forget! Offering a unique audience experience with her aerial performances. Fusing aerial acrobatics and dance, Elise truly engages her audience in an unforgettable experience.

Allow your guests to be captivated by
the beautiful Carmen. Carmen can provide a full range of dance entertainment options for your guests including fire twirling, belly dancing, salsa and more...

Melbourne is blessed to have such a rich mix of cultural diversity - it means we have an amazing variety of food, culture and of course, music!!!

By far, the most highly requested International music requests we get at Bloom Entertainment is for Italian Music... And we LOVE IT!

Weddings, parties, restaurants, expo's, festa's... Just to name a few! Here are a few of the upcoming events Bloom is proud to be involved in! 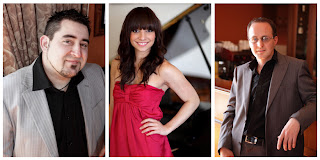 Come and hear the beautiful mix of Italian and English music from Michael, Sarah & Roberto from the band Flame.  Then there's the sound of the piano accordion... now that is sure to take you back in time!
Book your table now – tell the whole family to come along… just like the old days! 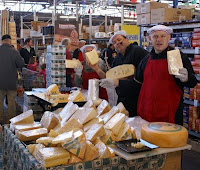 Come and have a day full of food, music and fun at
Festa D' Italia - Moorabbin. Food tastings, demo's and give away's.

Come and enjoy the spectacle - where you will be entertained by roving MC, Dean Canan who will make you feel welcome and guide you to all the freshest produce.  Be serenaded with some beautiful music by John & Peter from 1Up the band – they will have you humming along to a great mix of Italian classics, and music from the greats including Dean Martin, Tom Jones & Michael Buble. 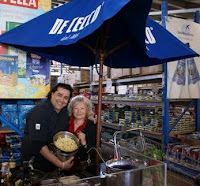 Make sure you arrive early as these events are always busy.
Moorabbin Wholesale Farmers Fresh Market is a business that deals in local produce from Victoria. It also has a large range of continental products including brands such as Divella, Val Verde, De Cecco and Sacla aswell as many more.

If you ask me what my favourite Italian restaurant is in Melbourne – this is it!!!

My favourite night at La Svolta is Wednesday night – as you approach the restaurant, you can hear the beautiful music of Lorenzo & Robbie as you walk down the street… you can't resist going inside! You are then greeted by the friendly, warm staff that make you feel like you’re coming to eat with family!

The music takes your breathe away!  A mix of Italian classics and modern hits – from Andrea Bocelli to Robbie Williams…. this is a night not to be missed!

Make sure you book….the place gets super busy!

What a great place to live... who needs to go to Italy when we have so much of this amazing culture and talent on our doorstep?

Ok, yes I would LOVE to go to Italy..... but for the times I am at home, I feel truly blessed to live in a place that embraces this culture in its entirety!

You Get What You Pay For! Why any band is just not good enough...

By far the most common question/comment I get at work is....

"I can get that same size band for less than that, why are they charging more than other bands?"

Well, it is the age old answer that never seems to change.... "YOU GET WHAT YOU PAY FOR!"

I went to 2 weddings this week, they were at the same venue but had two very different bands. There were so many things that screamed out the answer to this big question for me, but the 4 biggest differences that stood out for me were these.

Wedding One: The 'cheaper' band

· The guests were on and off the dance floor - the song selection did not quite seem to match the crowd
· Bridal Waltz - Played on CD
· Played 4 x 45 minute sets
· And the clincher for me.... the band started packing up, in between songs, 15 minutes before they finished...WHY? Because they were booked until 11.30pm and they wanted to make sure everything was packed up in advance to leave at exactly that time!

· The guests were dancing all night - the couple had met with the band to discuss song selection
· Bridal Waltz - the band pre-recorded a copy of the version they played live on the night, so that the couple were able to practice their bridal waltz at home
· Stopped to eat dinner and dessert :-)  But.... were on stage playing as much as they could!
· And because these guys know a wedding is one of the most important days of a couples lives..... when the couple’s car was late at the end of the night... the band just kept on playing and entertaining, making sure the couple and the guests left on a high and oblivious to the mayhem going on behind the scenes!

And I have purposely not even mentioned the difference in quality of the two bands. Of course, there are always exceptions to the rule...will let you know when I am at a wedding and see it for myself!
Posted by Bloom Entertainment by Design at 17:59 No comments:

ACMAV Charity Ball with entertainment by STTA are....Something To Talk About The Band 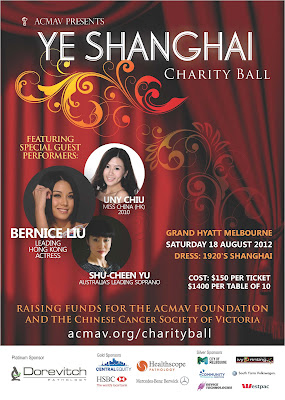 WOW!   This will be a night not to be missed.

"YE SHANGHAI" ("SHANGHAI AT NIGHT") will be held on 18th August 2012 at the Savoy Ballroom of The Grand Hyatt Melbourne.

The Charity Ball will be a fundraising event, raising money for both ACMAV and the Chinese Cancer Society of Victoria (CCSV).

The maiden Ball of 2010, "Spring Carnival Fever", was a great success. This year, ACMAV are hoping to make their primary charity function even bigger and better! 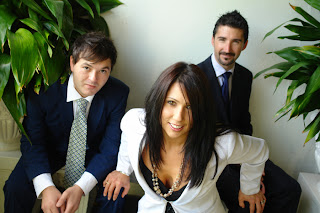 STTA are a trio consisting of two of Australia's finest vocalist and entertainers and one of the country’s most sought after keyboard players and musical directors. Lorenzo Iannotti, Robbie Amato and Veronica Lees all boast over 25 years of industry experience, undeniable stage presence, stand-out talent and a passion to please audiences of all cultures, ages and celebrations.

How could ACMAV possibly choose anyone else to entertain the guests for their Charity Ball?  Not only are STTA professional, versatile and amazingly talented, but their commitment to providing a personalised service to their clients is unheard of. Recently, STTA were asked if they would sing the Chinese ballad 'I Love You' by David Tao for a client function.  Always up for a challenge and eager to provide the client with the event of their dreams, STTA agreed to learn the song! The amount of positive feedback that STTA recieved from the guests following the performance was affirmation that they had done an amazing job!

If you would like to see STTA perfom the beautiful Chinese ballad 'I Love You', follow this Vimeo link recorded by C2 Video - http://vimeo.com/24105586

The ACMAC Charity Ball will also have a raffle draw and auction which will provide the opportunity for you to procure special items donated by their sponsors, with proceeds going directly to charity.

Tickets can now be purchased online via Trybooking by following the link:
http://www.trybooking.com/Booking/BookingEventSummary.aspx?eid=24698

Alternatively, a link and registration form is available on the ACMAV website:
www.acmav.org/charityball

Tickets are available at $150 per person.  A discounted price of $1400 for a table of 10 is also available.
Book your tickets early to secure your place at "Ye Shanghai" / "Shanghai at Night" in Melbourne! Bring your family and friends along for a memorable night at the Grand Hyatt.

Queries can be forwarded to: charityball@acmav.org

Posted by Bloom Entertainment by Design at 04:09 No comments:

Bloom Entertainment by Design is a boutique entertainment agency representing Melbourne based entertainers. Each of our entertainers are hand-picked, which means we have taken all the hard-work out of searching for the right artist for your function. We represent the best that the industry has to offer, priding ourselves on the quality of the artists we represent.


As dedicated entertainment consultants we understand that great partnerships are the key to great events, performances and entertainment. Knowing who our artists are and what they have to offer allows us to work with your specific requirements and match the perfect artist to your event.

Bloom Entertainment by Design provides entertainment for both private and corporate functions. We can help you book a band, DJ, MC, kids entertainment or help you in providing a fully customised package for your event.

The Bloom Entertainment by Design Blog will focus on all the key things you need to think about when organising entertainment at your next event as well as offering a personal insight into each of our amazing entertainers.... stay tuned!

Do you have a private or corporate function coming up? Check out the amazing talent at http://www.bloomentertainment.com.au/

Read more »
Posted by Bloom Entertainment by Design at 00:58 No comments: